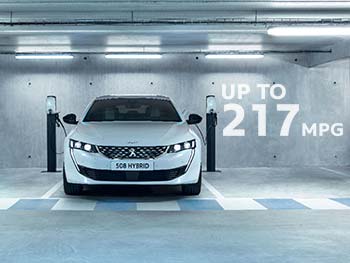 UPDATE: You can now test drive the New 508 Hybrid at Charters Peugeot of Aldershot. Use the form below make your enquiry.

As promised, the Peugeot HYbrid 4 is returning to Peugeot and with the 3008 SUV HYbrid4 being available to order from October (with the two-wheel-drive variant coming soon after), the all-new 508 and 508 SW Hybrids are not far behind.

Here are the latest confirmed details and economy figures on the all-new Peugeot 508 and 508 SW HYbrid cars available for sale soon at Charters Peugeot Aldershot.

The all-new 508 range in its hybrid form, combines the clean driving of an electric motor with the power you can expect from the award-winning PureTech petrol engine. This ultra-economical hybrid powertrain produces 225hp and potentially over 30 miles of pure, silent electric motoring.

Just how “Ultra Economical” is the all-new 508 hybrid range from Peugeot?

If you’ve been paying attention to Peugeot in the last couple of years, you’ll have noticed that their economy figures are becoming more realistic. They have made the effort to quote all published economy figures under WLTP testing procedures (long before it was legally required to do so). The intention was for drivers to have an accurate picture on how economical the car they were buying could be on a day to day basis. The WLTP (Worldwide Harmonised Light Vehicle Test Procedure) was created to better represent the daily use of the average driver.

The result of this was all new cars on sale from 1st September 2018 showed more realistic figures.

With this in mind, the result of these economy figures is even more staggering.

Tell me about the electric motor, battery and charging


The all-new 508 hybrid range is fitted with a 11.8 kWh battery. You can charge it in less than two hours with a 7kWh charge point and you’ll be glad to know that there is no compromise on boot space.

The electric motor fitted to the all-new 508 hybrid range is an 80kW (110hp) and, with its synchronisation with the 1.6-litre PureTech petrol engine, can produce a total power output of 225hp.

Are all Peugeots going electric?


Whilst the introduction of several electric models into the range as well as these new hybrid models, Peugeot is fully committed to offering an electrified variant of all of their models by 2023.

What features will the hybrid systems have on the all-new Peugeot 508 range?


Each hybrid has four driving modes to choose from:

HYBRID Automatically switches between electric and engine power when need for better efficiency.

COMFORT The combination of HYBRID mode and softer suspension for a better ride.

What BIK ratings are the all-new 508 hybrids?

What trim levels are the all-new 508 hybrid range available in?


You can select Allure, GT Line or GT with a hybrid system. Opt for the GT trim level and receive full-grain Nappa Leather interior as standard as well as the superior FOCAL audio system.

Will I receive the features advertised on the standard new-508 range?


Yes. All of the driving aids available on your trim level of choice will be fitted as standard to the hybrid versions.

These include: Night Vision, Adaptive Cruise Control, Lane Positioning Assist and much, much more.

The all-new Peugeot 508 and 508 SW represent the flagship of Peugeot’s design and technology. Made to re-think what has become a rather colourless category, this fastback and estate offer up a brand-new take on the executive company car.

The all-new Peugeot 508 and all-new 508 SW are available to test drive at Charters Peugeot of Aldershot today, with the hybrid versions coming very soon. Ask one of our team to test drive yours today. 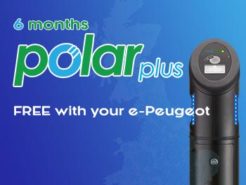 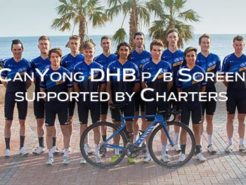 After an incredibly successful year, the team at CanYon dhb return for their 2020 season; now "powered by Soreen" and supported by Charters Peugeot of Aldershot's cars. 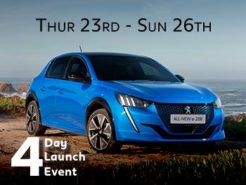 To celebrate, Charters of Aldershot are having a 4-Day Launch event where customers and friends can test the All-New 208 & e-208 range for themselves. 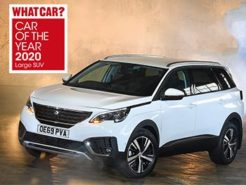 Peugeot picks up its Best Large SUV award for the third consecutive year for the 5008 SUV from the What Car? 2020 Awards. 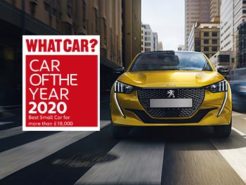 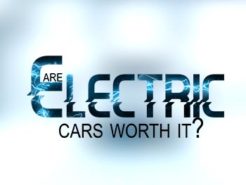 Are Electric Cars worth it?

Are Electric Cars worth it? Charters Peugeot Aldershot investigate whether all-electric and hybrid cars make financial sense for your purposes. 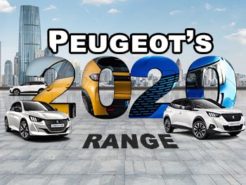 Charters of Aldershot explains each Peugeot car model on offer in 2020, explaining their highlights, key features and starting prices. 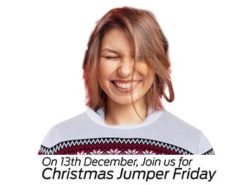 Join us for Christmas Jumper Day

On Friday 13th December 2019, Charters Peugeot of Aldershot will be celebrating CHRISTMAS JUMPER DAY in aid of Save the Children